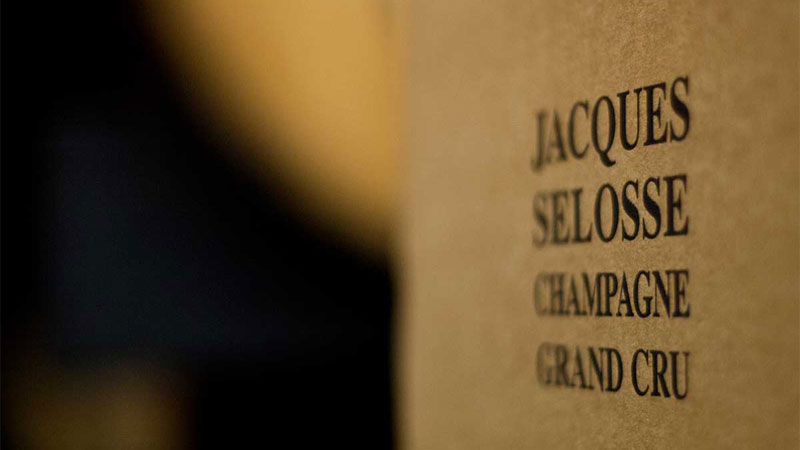 This issue is about a domaine that does not need to be introduced to any wine enthusiast - Jacques Selosse. The domaine, or more precisely current proprietor, Anselme Selosse, is THE most famous of all grower producers and enjoys an almost godlike reputation for transforming Champagne-making in its entirety.

Having been inspired by Burgundy winemaking during his education, Anselme took over his father Jacques (hence the domaine's name) estate in the Côte des Blancs in 1980 and did everything differently to what was normal in Champagne back then: organic viticulture, fermentation, ageing on lees in oak barrels, low dosage and a strong focus on terroir (just like in Burgundy). He further improved quality and reduced yields, and launched an entire movement of winemakers growing, making and treating Champagne in a different way.

Today, the domaine holds some 8 ha of vines, planted predominantly with Chardonnay and a single hectare of Pinot noir, most of the vineyards being Grand Crus. From pretty old vines, some have been planted 1922, Anselme makes a range of different Champagnes. To better illustrate his ideas about terroir, he also makes single-vineyard Champagnes from six different parcels in six villages. Those were introduced in 2010 and are made in a "mini-Solera" style to minimize the effects of vintages, purely expressing a terroir.

White Burgundy: The Gold Standard of White Wine May 27, 2020